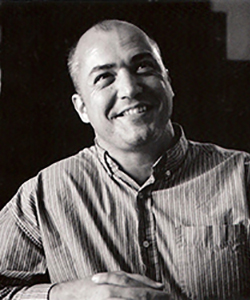 Steven Carpenter teaches courses in computer animation, modeling, motion graphics and animation history.  He is a computer artist with over 20 years of production experience in film and television and taught all levels of computer animation at Edinboro University for twelve years. He has worked at such well known studios as Will Vinton Studios (now Liaka), Digital Domain and Rhythm & Hues.  His credits include commercial work for M&M candies and Goldfish Crackers, visual effects for episodic TV shows such as Sliders and Hercules, and title sequences for the James Bond film Tomorrow Never Dies and Richard Gere’s The Red Corner.