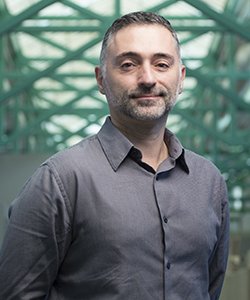 Panos has been practicing Architecture as a licensed Architect in Cyprus and Greece since the mid-1990s, with numerous built projects, and with awarded entries in national and international Architectural and Urban Design competitions. He is the author of Twelve Times in Nicosia. Nicosia, Cyprus, 1192-1570: Architecture, Topography and Urban Experience in a Diversified Capital City, published in 2005 by the Cyprus Research Center.