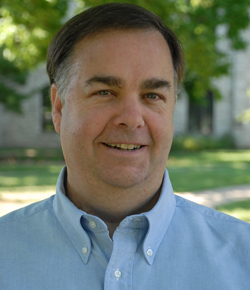 Rob Fridge is in his second stint as Drury University’s Chief Financial Officer, as of August 2021. Rob previously spent a decade with Drury from 2008 to 2018, starting as controller before being promoted to CFO in 2016. In 2018, Rob joined a private equity roll-up in the health care industry as a chief financial officer. When administration was moved to New Jersey, he returned to Drury in 2020 as Director of Institutional Research.  Rob stepped back into the CFO role a year later, bringing a wealth of experience and institutional knowledge. Prior to joining Drury, Rob has worked in public accounting, commercial and heavy construction, and boating industries as well as operating and selling 2 companies and teaching high school algebra for a year on a dare.

Rob earned his undergraduate degree in business from Abilene Christian University in Texas and earned an MBA from Drury’s Breech School of Business Administration in 2014. He is active in his church, teaches kids to play chess and enjoys live music, art and honeybees.

During his tenure at Drury Rob has: