Located in Durgapur, India, the Hem Sheela Model School is a sister school of Drury University. Founded in 1995 by Drury professors Drs. Rabindra Roy and Protima Roy, Hem Sheela is an elementary and secondary school with more than 3,200 students.

The Tribal School (Protima Child and Women Development Center) is a sister school that offers a basic education to students and villagers in West Bengal. Education is offered free to first-generation learners. 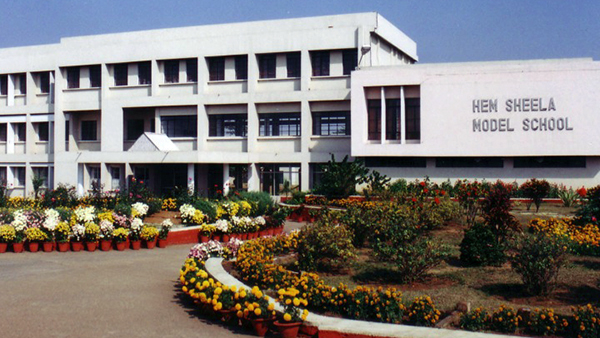 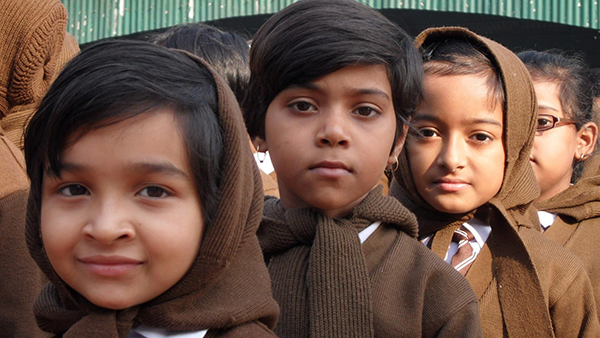 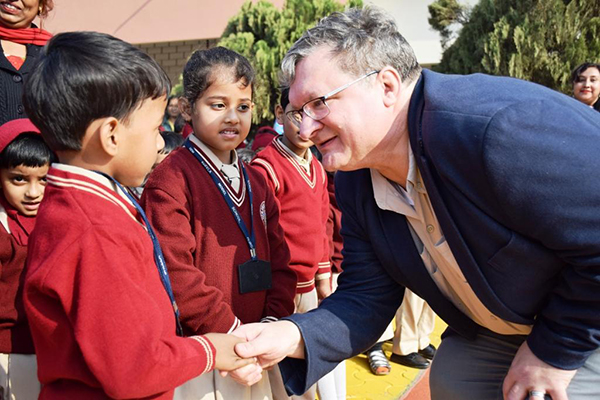 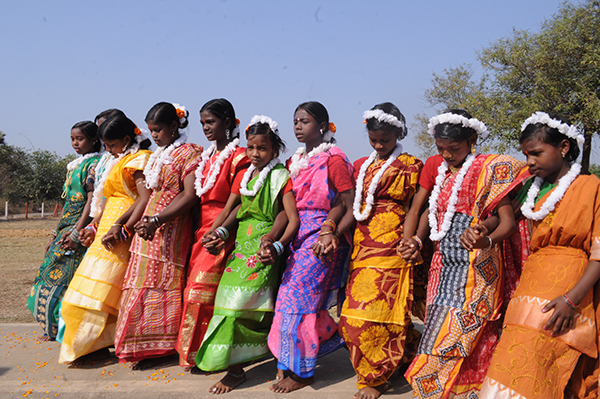 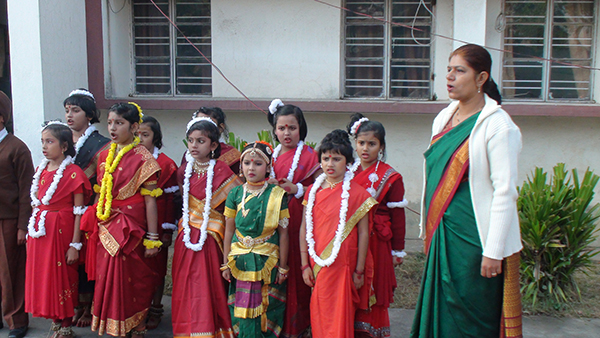 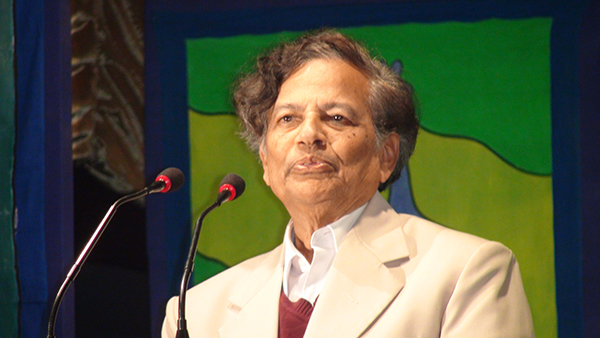 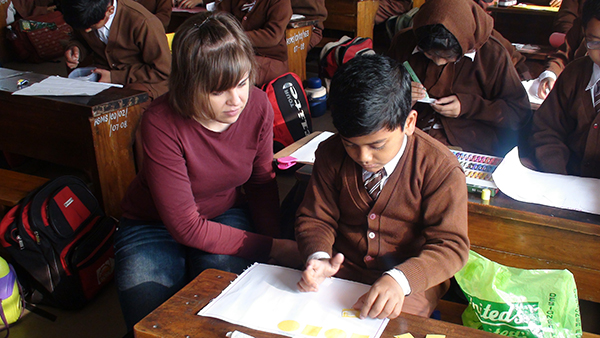 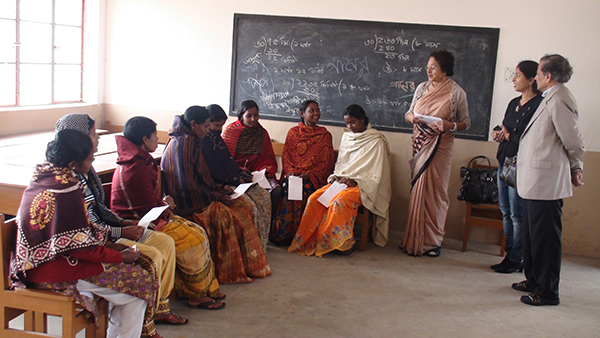 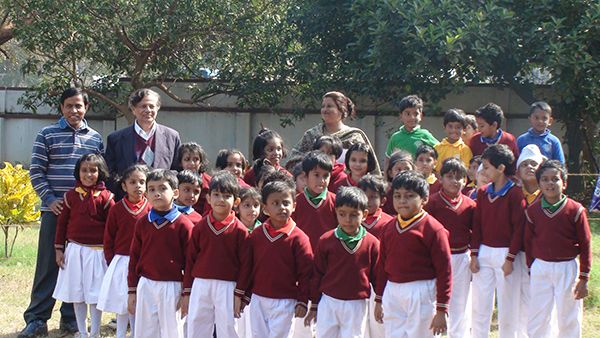 Located on 23 acres of land, in Durgapur, West Bengal, India, an industrial city of more than one-half million people stands the Hem Sheela Model School. Dr. Rabindra Roy, Walter H. Hoffman distinguished research professor at Drury University and president of the model school as well as his wife Dr. Protima Roy, professor of science education at Drury University, vice president and trustee of the model school,helped establish the school. According to Roy, the Hem Sheela Model School is a non-profit organization that was built in loving memory of his parents with a single objective. This objective is to disseminate knowledge with personalized attention to each student and to find new knowledge. Mr. Lakshmi Roy, director of science and technology services at Drury University, and his wife Mrs. Rose Roy, both trustees of the model school, supported the infrastructure of the school. Born in Durgapur, it has been Roy’s long-time dream to give back to his community. Roy’s vision “is to help India take its rightful place in the community of advanced nations for the 21st century.

The inauguration of Hem Sheela School took place on March 12,1995. The mission of the model school is to meet the educational needs of Indian youngsters with highly qualified teachers that create an atmosphere dedicated to the continuing commitment of strengthening the learning environment for all students. For the dedication, Nobel Laureate, Dr. Leon Lederman said, “Congratulations on your ambitious project to build an elementary and secondary school, including a health center, library, sports complex, and computer center in India. I wish you great success in your mission.

Dr. Thomas Cech, Nobel Laureate in chemistry also said, “I am sending you my congratulations and best wishes on the occasion of the inauguration of the Hem Sheela Model School. You have worked long and hard to realize your dream of establishing an educational institution in your native India. Certainly the Hem Sheela Model School will take great pride in teaching many subjects.

The school, taught in English, reaches elementary, middle and secondary school students. It is accredited with the Central Board of Secondary Education in New Delhi. The enrollment has continued to increase since the start of the school. In 1995, the beginning enrollment for kindergarten through second grade was 350 students. The enrollment in 2008 was 3,000 students in grades kindergarten through 12, with 120 teachers. All students (first grade and up) are required to learn the applications of emerging technologies to fulfill the needs and challenges of an emerging India in the new millennium.

Roy would like to see all students poor, middle class, and rich receive an education using hi-tech aids. The model school has a modern library, which has exposed students to multi-media teaching facilities, advanced computer laboratories, audio-visual equipment and well-equipped modern science laboratories with the latest technologies.

Drury played a significant role in the development of Hem Sheela Model School. John E. Moore, past president of Drury University and trustee of the model school, convinced the Steel Authority of India for an allotment of 20 acres of prime land for the construction of the school. According to Roy, he has continued to move the school forward with a positive sense of momentum. Moore dedicated the building on March 12, 1995.

Students joined with several distinguished scientists, including Nobel Laureate Dr. Johann Deisenhofer for dedication ceremonies of the Hem Sheela Model School on January 1, 1995. Dr. Michael Doyle, professor of chemistry at the University of Arizona and former president of Research Corporation, dedicated the middle school on January 1, 2000. The advisor for the school is Professor Ashok N. Basu, the vice chancellor of Jadavpur University, a premier university in Calcutta.

In May 2002, the Board of Trustees at Drury University agreed to make the model school a sister school of Drury. The relationship serves several purposes: It recognizes and honors Rabindra Roy and Protima, his wife, who have taught at Drury for most of their careers, it recognizes Drury’s supportive role in encouraging Dr. Roy and providing policy and operating counsel for the school, it provides teams of Drury students to train and observe a system of education in another country, it provides potential opportunities for some of the best graduates of the model school to apply for admissions to Drury, and it supports the emphasis placed on global studies as a part of Drury’s general education curriculum.

As part of the sister school relationship, students from Drury teach at the model school. Model school students will be able to attend Drury. Dr. Protima Roy will coordinate the student exchange program.

“Protima Roy, Lakshmi Roy, the Hem Sheela community and I deeply appreciate the kind support of Dr. John Moore and the board of trustees to build a model school for the 21st century with high standards and expectations,” Roy said.

The idea of building a school was instilled in Rabindra N. Roy by his father, the late Hem Chandra Roy, in 1967. Hemchandra Sheelabati Memorial Educational Trust was established in 1988. It is a non-profit organization. The school, which is affiliated to the C.B.S.E. in New Delhi, is governed by the trust and run by the members of the Managing Committee. The President of Drury University automatically becomes a Trustee (ex-officio) of the Hem Sheela Model School.

On January 1, 1990, the groundbreaking ceremony for the Primary Section of the Hem Sheela Model School was performed by Dr. David A. Johnson, Professor of Chemistry of Spring Arbor College in Michigan, U.S.A. Drury University students also participated in this historic event. The primary school commenced on four acres of the parents’ cultivatable land in 1995, with 350 students from kindergarten to second and 12 teachers. Former President John E. Moore, Jr. of Drury University inaugurated the primary school on March 12, 1995. Prime land (20 acres) was leased to the Hem Sheela Model School by the Steel Authority of India in 1994.

Nobel Laureate Dr. Johann Deisenhofer from the United States, along with his wife Dr. Kirsten Fischer Lindahl, laid the foundation stone of the school complex in January 1996. The primary school commenced on the secondary site in January of 1997 by President John E. Moore of Drury University. He was the keynote speaker at the Founders’ Day celebration.

In December 2005, Dr. Johann Deisenhofer and his wife Dr. Kirsten Fischer Lindahl again traveled to Hem Sheela for a week as part of the school’s tenth anniversary. They taught and interacted with Hem Sheela students from kindergarten through twelfth grade.

Dr. Charles A. Taylor, Dean of Drury University, along with his wife, Jan, and daughter, Megan, visited Hem Sheela in December of 2006 for the presentation of a speech at the Founders’ Day celebration. Dr. Taylor also laid the foundation stone for the higher secondary complex.

From 1995 to 2006, as part of the cross-cultural study tour and exchange program for faculty and students, Drury University students and professors have taught at Hem Sheela. Drury students received credit for the course on Minorities and Indigenous Cultures. Seventeen groups (200 students) visited India, including Durgapur, during the years from 1975 to 2006. In 2006, Kinjal Majumder from the Hem Sheela Model School joined Drury University as a pre-med student and as a Trustee fellow.

On June 21, 2007, for the first generation learners, the Tribal School (Protima Child and Woman Development Center) began with 41 students and two teachers. Now there are 160 students, four teachers, and three classrooms. A generous donation for the building of a permanent primary school was made by John and Crystal Beuerlein. Mr. Beuerlein is the former chairman of the Board of Trustees at Drury University.

In October of 2007, for the benefit, enrichment, curricular cooperation and strengthening of the sister school relationship of both institutions, Dr. Narayan, principal of the Hem Sheela Model School, was invited by Dr. Charles A. Taylor, Dean of the College and Vice President for Academic Affairs, as the guest of Drury University. In December of 2007, Mr. John D. Beuerlein, traveled to Hem Sheela Model School with his son, Danner, and daughter Robin, for the Founders’ Day plenary talk in the presence of 4,000 people. They also visited the Tribal School during the trip.

In January of 2008, the groundbreaking ceremony of the sports complex – auditorium was performed by Mr. John D. Beuerlein. Because of the high academic standard and the sister school relationship with Drury University, he and Mrs. Crystal Beuerlein have made a significant financial contribution.

In August of 2008, Anish Chakrabarti from Hem Sheela joined Drury University as a science/engineering student. The fund is supported by Mr. John D. and Mrs. Crystal Beuerlein. In October of 2008, two teachers, Anindita Home Choudhury and Mousumi Ganguly, were invited by Dr. Charles A. Taylor, Vice President for Academic Affairs.

Mr. Sayan Patra studied at Hem Sheela for 14 years and will join Drury University in August of 2009. The scholarship is supported by Mr. and Mrs. Beuerlein’s fund.

Mr. John D. Beuerlein and Mrs. Crystal Beuerlein plan to make a return visit to Hem Sheela for the dedication of the athletic center and the Tribal School in December of 2009.

On June 21, 2007, for the first-generation learners, the Tribal School (Protima Child and Women Development Center) began with 41 students and two teachers.

The Protima Child and Women Development Center (The Tribal School) is open only for the tribal children, and there is no screening test for admissions. They come from the poorest segments of disadvantaged communities.

A generous donation was made by Mr. John and Mrs. Crystal Beuerlein for the building of a permanent primary school.