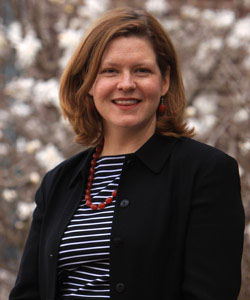 Tuesday
By appointment only

Thursday
By appointment only

Dr. Gilbert currently serves as the Director of Drury’s Humanities and Ethics Center. As such, she has co-authored two Missouri Humanities Council grants for the Center’s Speaker Series, both of which have been awarded, and she oversees the Center’s programming and blog. She also served as the Director of Women and Gender Studies (2011-2013). During her tenure as director, she developed robust programming, including readings, film screenings, and visits by nationally renowned speakers. Her work included regular appearances in the media, such as interviews with the local NPR affiliate KSMU and interviews promoting programming with the League of Women Voters during the 2012 election year. She was also a member of the President’s Council on Gender Equity (2010-2013) and a member of Drury’s Title IX Investigator Team (2013-2015). Dr. Gilbert has been nominated for faculty awards in Teaching and Advising, and was the recipient of the 2012 faculty award for Leadership. She served as the Faculty Advisor to the English Honors Society, Sigma Tau Delta, from 2009 to 2014. As such, she launched the first Banned Book Reading at Drury to mark the American Library Association’s banned book week.

Her current book project, Legal Personalities, theorizes the role of the lawyer in the Victorian novel as it relates to both literary concepts of character and to character as an ethical term. A chapter of this project was one of six papers selected for the prestigious international Law & Humanities Junior Scholar workshop at Columbia Law School in 2010. Another chapter, on Robert Browning’s verse novel, The Ring and the Book, was published in the premier journal on Victorian verse, Victorian Poetry. An early version of the manuscript was a finalist for the Julien Mezey Dissertation Award, an annual prize awarded by the Association for the Study of Law, Culture, and Humanities.

She has presented her work on property law, legal institutions, and Charles Dickens, the Brontes, George Eliot, Anthony Trollope, and Robert Louis Stevenson at numerous conferences. Her research informs her teaching; she teaches Brit Lit survey courses, the introductory course and the upper-level theory course for English and Writing majors, as well as Women Writers and courses in the Novel. She also teaches courses in non-fiction: Expository Writing and Grammar and Style.