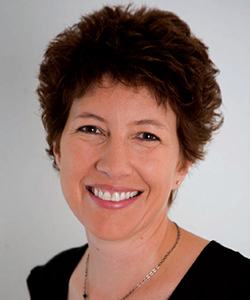 Traci Sooter, FAIA, LEED AP is a Professor in the Hammons School of Architecture. In July of 2018 she was elevated to the College of Fellows of the American Institute of Architects. The first woman in Southwest Missouri and fifth in the state to receive this prestigious, lifetime achievement. Only 4% of architects are elevated to Fellow.

The College of Fellows, founded in 1952, is composed of members of the Institute who are elected to Fellowship by a jury of their peers. Fellowship is one of the highest honors the AIA can bestow upon a member. Elevation to Fellowship not only recognizes the achievements of the architect as an individual but also elevates before the public and the profession those architects who have made significant contributions to architecture and to society.

Sooter comes from a construction background as a General Contractor/Developer for many years in Springfield.  She holds a Master of Architecture and a Master of Construction Management from Washington University in St. Louis and a Bachelor’s degree in Marketing from Missouri State University.

Sooter specializes in Sustainable, Design-Build courses serving charities and communities in need.  Professor Sooter led teams of Drury students through four Design-Build projects for Extreme Makeover: Home Edition that included the interior of the “Barnabunk” for the Emmy Award-winning episode, Camp Barnabas in Purdy MO; A 4-H barn for the Collins family in Murfreesboro, AR; the “Eggstreme Chicken Coop” for the Hampton family in Ash Grove, MO; and the “Volunteer Tribute” in Cunningham Park for the community of Joplin, MO as part of the “7 houses in 7 days” episode, following the devastating EF-5 tornado in May of 2011.

Professor Sooter has also completed eleven other community design-build projects including the first-ever LEED Platinum home for Habitat for Humanity International and along with a team of Professors and students from Drury University and Crowder College was one of 20 schools in the country selected to compete in the 2015 Solar Decathlon against peers including Yale and Stanford and Missouri University of Science & Technology. The tiny home project for Eden Village, “A Home for MJ,” was awarded Best of Design – Student Work Group for Architects Newspaper in 2019.

She has presented at international, national and regional conferences, published articles in several magazines such as Home Power and has chapter’s in Grass Roots to Global edited by in Marianne Krasny; Exploring, Experiencing, Integration in The Arts In US Higher Education (The Arts in Higher Education) Edited by Nancy H. Hensel; William Carpenter’s book: Design Build Studio. She also contributed to Architectural Graphic Standards Student Edition, 12th Edition as an Advisory Board, Member (appointed), 2016-2017, edited by K. E. Hedges; and is a  regular contributor to the online magazine The Nature of Cities.

Sooter was honored with the Faculty of the Year award in 2016 by the Drury Student Government Association; Faculty Award of Distinguished Appreciation, 2016 by Drury Alumni Council; Was honored by the National Council of Sigma Kappa Sorority as a recipient of Sigma Kappa’s 2012 Colby Award for her achievements in the field of Architecture, Construction Management, and Education ( the highest award given to an alumni; was a 2012 Community Champion Nominee for the Missouri Gateway Chapter of the US Green Building Council’s Growing Green Awards; received the Drury University Faculty Award for Excellence in Leadership in 2008; the Ozarks Green Building Coalition Design Excellence Award in 2009; the Habitat for Humanity Golden Hammer Award and the Building Lives Award in 2008 and 2007.