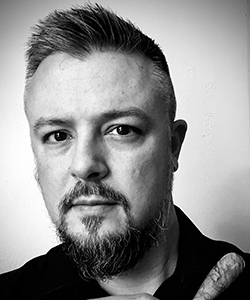 Dr. James R. Davidson is an Assistant Professor of Music and the Director of Choral Studies and Music Education at Drury University. He conducts the Drury Singers, Drury Chorale, and the Chamber Ensemble and teaches coursework in music education and conducting. In addition to his position at Drury, Davidson also serves as Associate Conductor of the Missouri Philharmonic Orchestra, Chorus Master of Ozarks Lyric Opera, and Advisory Director of Music Ministries and Principal Organist of First and Calvary Presbyterian Church. He is the former Founding Artistic Director of the Springfield Chamber Chorus, Korrepetitor and Musikalishe Assistentin of the Neue Eutiner Festspiele in Schleswig-Holstein, Germany, and Director of Choral Activities at Ozark and Hazelwood Central High Schools in Missouri. His recent guest conducting appearances include the Springfield-Drury Civic Orchestra, the Nürnberg Löhe-Chor, and the Prague Hlahol Society Chorus and Orchestra. Davidson’s choirs have garnered international acclaim, frequently collaborating with other local, national, and international choruses and orchestras. In addition to his conducting and teaching duties, Davidson maintains an active performance career as a collaborative keyboardist and chorister. He received his Bachelor of Science degree in Education (Vocal/Choral Emphasis) and Master of Music degree in Choral Conducting from Missouri State University, and the Doctor of Musical Arts in Conducting from the University of Kansas School of Music, where he was awarded the Sandra Keller-Daugherty Outstanding Graduate Conductor Award.