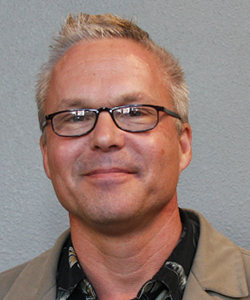 Dr. Ojakangas’ research has involved the orbital and volcanic histories of the moons of the solar system, the formation of the solar system, planetary ring dynamics, computer modeling of the human-made population of debris in orbit about the earth, and the rotational and orbital history of the earth-moon system as recorded in the geologic record. He was a finalist in NASA’s astronaut selection program, he is an asteroid discoverer, and an inventor in the field of robotics. His current research involves computational neuroscience and brain-machine interfaces, and he is a consultant for NASA’s orbital debris program. He also continues to lead groups of students in experiments aboard NASA’s reduced gravity “Weightless Wonder” aircraft.